The keynote speakers for the 2021 conference were Alan Smith and Ian Bott from the Financial Times and Janet Wittes from WCG Statistics Collaborative. 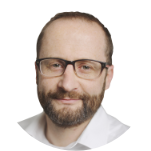 Covid-19: Visualising the pandemic: Alan and Ian will talk about the Financial Times' use of visuals to present quantitative information and scientific concepts to a wide audience. The talk will include examples of data visualisation and scientific illustration produced by the FT as part of its coronavirus coverage. 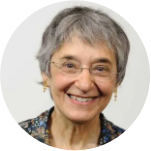 Designing trials for orphan and ultra-orphan indications: During the middle ages, painters portrayed infants as tiny versions of adults; only during the Renaissance did infants in paintings begin to look like real babies. The analogy to clinical trials is direct. A clinical trial studying a very rare disease should not be designed or implemented as a miniature version of a large randomized trial. While a bit of sloppiness or imprecision may not compromise the validity of a large trial, each observation in a tiny trial is precious. Among other topics addressed in this talk will be the vexing problem many trials of orphan indications faced in defining a control group; the problem becomes even harder in studying an ultra-orphan disease. Three types of controls are common: randomized, as was done for Luxterna; historical controls, as was done for Brineura; and the increasingly popular “patient as his or her own control”. The advantages and disadvantages of the three types will be discussed along with the kind of study outcome, and the approach to statistical analysis, appropriate for each.

Our monthly webinar explores examples of innovative data visualisations relevant to our day to day work. Each month a new dataset is provided from a clinical trial or other relevant example, and participants are invited to submit a graphic that communicates interesting and relevant characteristics of the data.

Whatever your current challenge(s) at work, this workshop will explore what's holding you back, and how barriers can be removed in order to progress and achieve.

We’re now searching at all levels for Biostatisticians and Statistical Programmers to join our International BARDS Health Technology Assessment team at our London and Zurich hubs.

The Associate Director of Biostatistics is the key client interface for all statistical issues and discussions.

In this role you will consult in the design of complex and innovative studies and clinical trial programs as well as Leading DMC/DSMB processes.

This is an excellent opportunity for someone that loves working directly with clients, contributing as a high-level project lead and key contributor.

Join our growing team and discover your extraordinary potential by working as a Covance by Labcorp Biostatistician 2 within our early phase biostatistics department.

The opportunity to combine an exciting professional career with excellent quality of life in the Cairngorms National Park area of Scotland.

Join our growing team and discover your extraordinary potential by working as a Covance by Labcorp Principal Biostatistician.

As a seasoned Biostatistician, will work primarily on Immunology: GI and Dermatology trials with a focus on Late Phase studies. Some PK Analysis experience highly desired.

As a seasoned Biostatistician, will work primarily in late phase oncology.

As an experienced pharmaceutical statistician, you will support Cytel and a client of our Functional Service Provider (FSP) division.

The Senior Manager Biostatistics will be responsible for leading biostatistics strategy and activities for a compound and/or for individual clinical studies.

As a Sr Mgr, Biostatistics you will manage a team of Statisticians and Programmers within the FSP department, as well as managing project work.

At its core, the role of a Senior Statistician at Veramed is to provide statistical support to the statistics and programming department across a range of projects, clients and therapeutic areas.

As a Senior or Principal Biotatistician, you will hold a combined project leadership and hands-on technical statistics role, working across a range of phases and therapeutic areas.

You will participate in the development of study protocols including participation in study design discussions and sample size calculations, and review CRFs and data review guidelines.

As a Senior or Principal Statistician, you will hold a combined project leadership and hands-on technical statistics role., working across a range of phases and therapeutic areas.

We are looking for passionate and motivated statisticians to work within our Services team to deliver high quality, innovative, analytical services within a clinical setting as our KerusCloud platform moves into the next phase.

Would you like to join a dynamic, growing firm where you can really make an impact, not just on the company but to accelerate drug development and ultimately benefit patients?

Opportunity to join Amgen's centre for design & analysis. We are looking for a talented Statistician to join the Global Biostatistical Science team.